Is It a Scale or an Arpeggio?

Let’s say you are playing the notes A-C-D-E-G, I’m pretty sure you’d say without a doubt that you’re in the scale of Am pentatonic.

Even so, have you ever thought of these five notes as an arpeggio?

If we see the same notes as C-D-E-G-A we would think of C Major pentatonic (relative of Am) and again C-E-G-A-D makes us think of C6/9 chord.

Other Scales, other Arpeggios

Let’s now take the same principle of shifting between scale and arpeggio and apply it to a Bm7(♭5).

What would you play over this chord? The first thing that comes to mind is to arpeggiate it or maybe B locrian, B locrian Major 6 or whatever.

Well, a seventh arpeggio has 4 notes, a diatonic scale has 7, why not using a scale with 5 notes?

So, let’s make a quick recap to go over the basic ideas behind all this.

The first “other chord” I’m considering is the Dominant 7th chord.

One of the typical features of the pentatonic scale is not having any ♭2 interval. So I’m gonna do the same, no semi-tones in the “new” scales.

Also, four out of five notes of the pentatonic are those of the seventh chord. For example, if we consider G7 our scale will have G-B-D-F. We just need to add one note. Which one is gonna be?

The only way to avoid semi-tones is by adding the A between G and B.

The resulting scale will then be G-A-B-D-F, which also happens to be a G9 arpeggio. 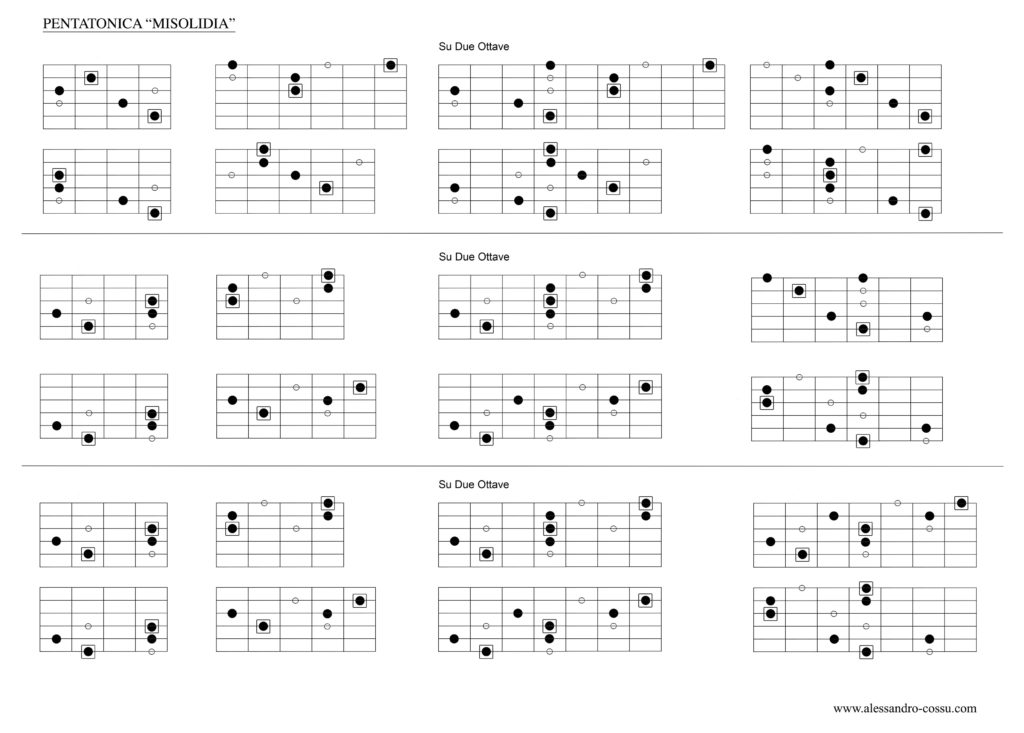 Let’s apply the same procedure to the m7♭5 chord.

If we take this chord with the fundamental tone B, its notes are B-D-F-A.

Again, the larger interval here is the major 3rd between F and A, so the only note I can add without having semi-tones is G.

Have you noticed anything? The two scales use the same notes, starting from different tones!

If we now look at these 5 notes and we give them another shuffle we can see that there’s another triad hidden between them.

We can order the notes as D-F-G-A-B to find a minor pentatonic where instead of the ♭7 there’s the major 6. Minor 3rd and major 6th? That tells us dorian right away! Seen as an arpeggio this would have to be considered more like an inversion of Bm7♭5, but we can use it to perfectly give the dorian sound with the 11 and 13 extensions.

To easily remember how the three scales relates one to the others we can think of the chords and modes of the major scale. 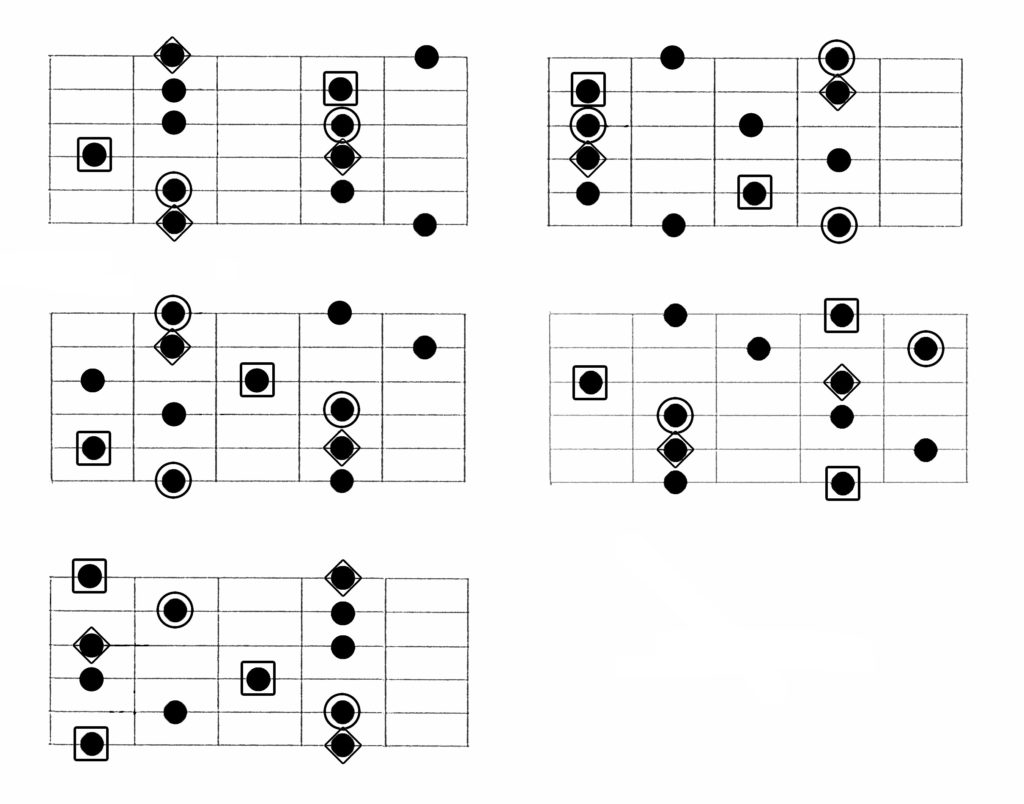