When we play a melody or a chord progression (let’s say in E) we are basically taking the notes of the scale scale and re-organizing them in a new order with a  precise rhythm (we don’t have to play the notes in scale order nor we must play them all).

We can think of the scale as a “box” containing all the notes we can use.

Inside of this big box (the E major scale) we can identify sono other sub-structures, such as triads, seventh arpeggios, the pentatonic scale, and so on. These are all made of notes from the Major scale and can be used to give our musical ideas a stronger organization.

Let’s take the pentatonic scale and see how we can use it to make our playing even more interesting.

The starting point is asking yourself: what pentatonic scales can be built using the seven notes of the same diatonic scale?

For example, what pentatonic scale or scales would you use over a C Major chord progression? I’m sure the first answer would be C Major pentatonic and its relative A minor.

What if I tell you that with the seven notes of C Major other pentatonic scales can be built?

In the following figure you see the C Major scale and the three major pentatonics starting from the I, IV and V degree (C, F and G).

These scales start from the roots of the three major chords of the C Major scale.

Of course we can also play the relative minor pentatonic:

… and these start from the minor chords of the C Major scale (II, III and VI degree). 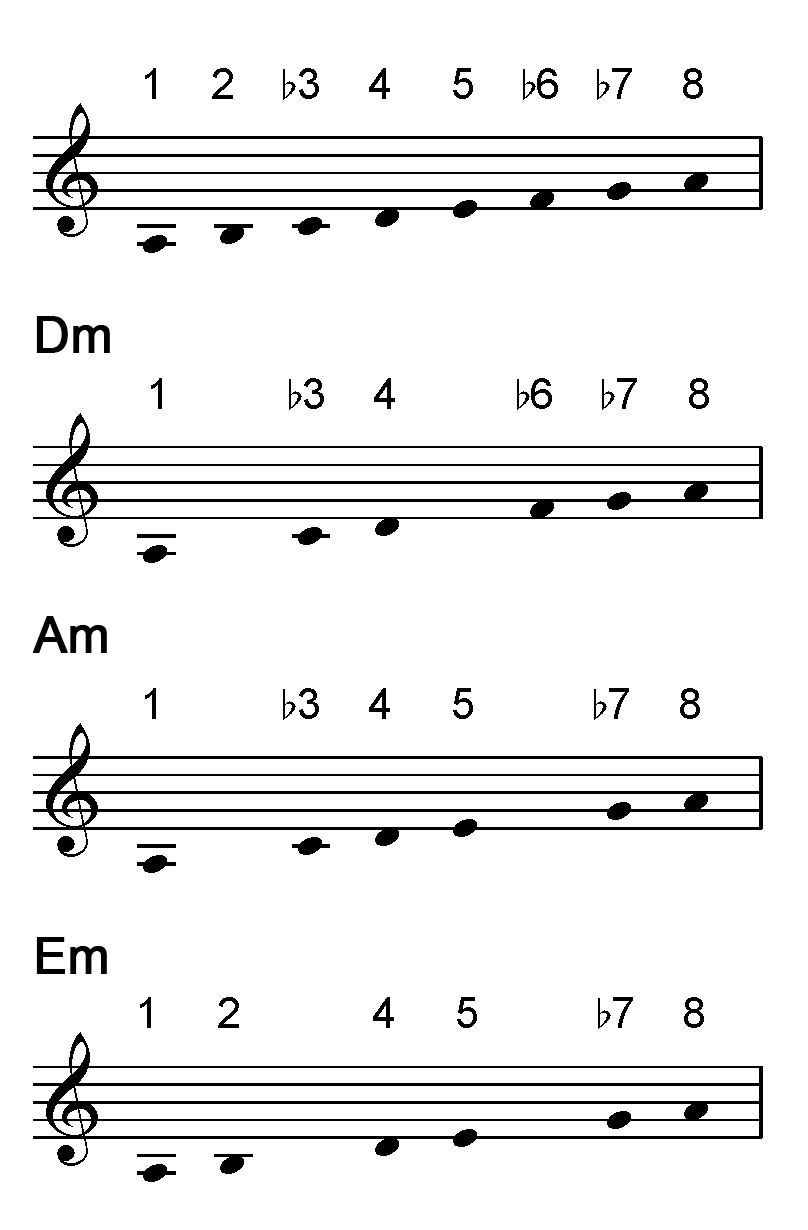 Here are some examples to start with. Have fun.