Triads are the building blocks of the tonal system of the Major and minor scales.

The name “triad” tells us right away that they’re made of three notes. These can’t be any tone we want but, from a fundamental sound we need its 3rd and 5th.

Since every interval is defined by a number and a quality (major, minor, augmented, diminished), there are 4 different families of triads:

I’ve chosen this order to show how, reading from top down, every time there’s only one semitone changing. Still, let’s begin from the Major triad.

From a fundamental note, to build a Major triad we need its Major 3rd and perfect 5th. The structure of the chord is then 1-3-5. 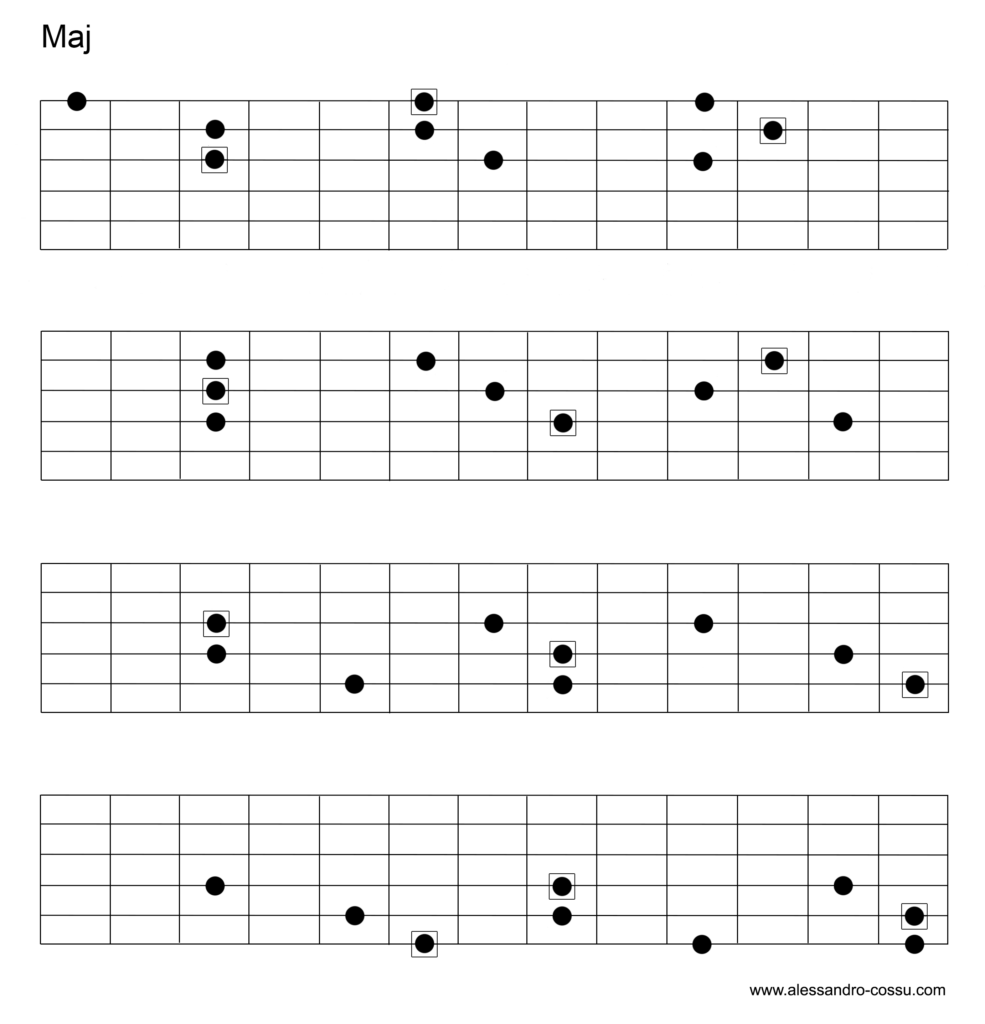 The difference between a Major and a minor triad is the 3rd, which in the latter is minor. The structure of the chord is 1-♭3-5.

Just like what happens with scales, it’s the 3rd the interval telling us the “nature” of the chord. 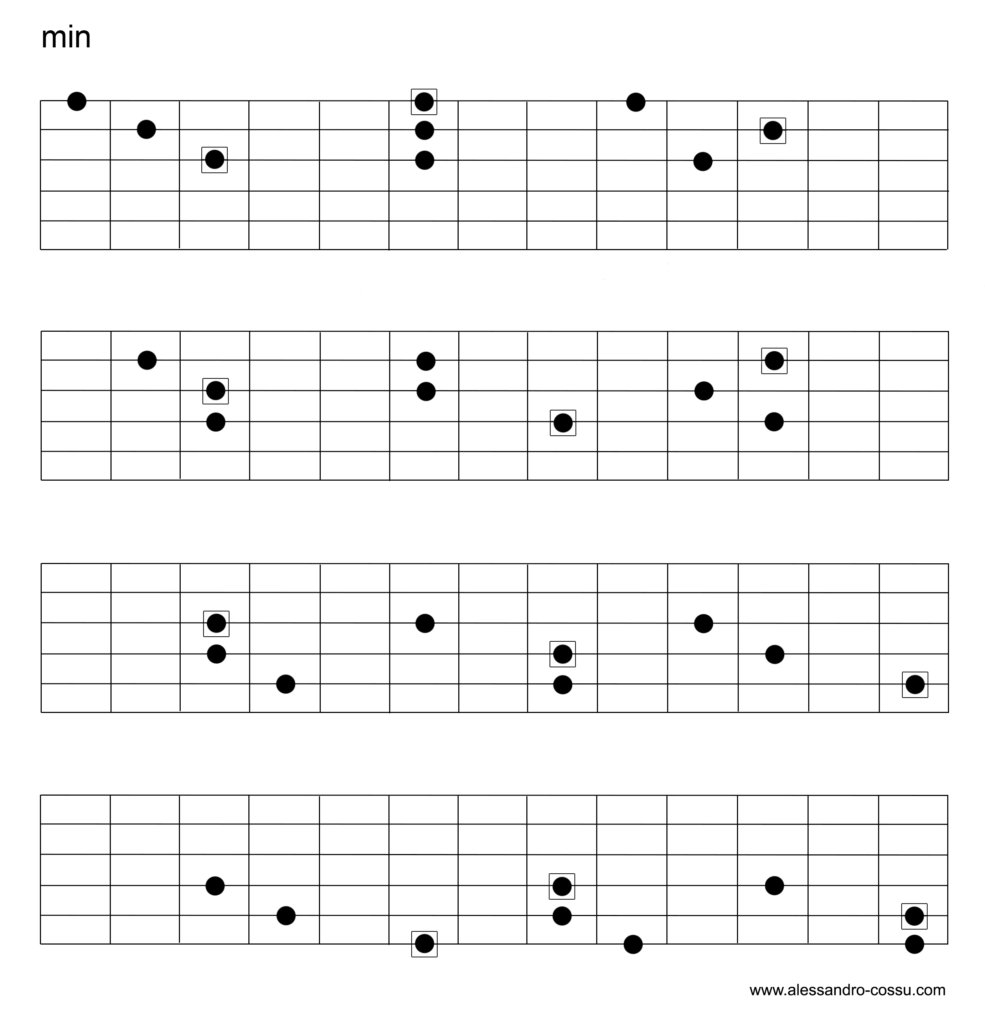 On the VII degree of the Major scale and on the II of the minor there’s a quite dissonant chord made of fundamental, minor 3rd and diminished 5th. It’s the latter that gives the chord its name “diminished”. The structure is 1-♭3-♭5. 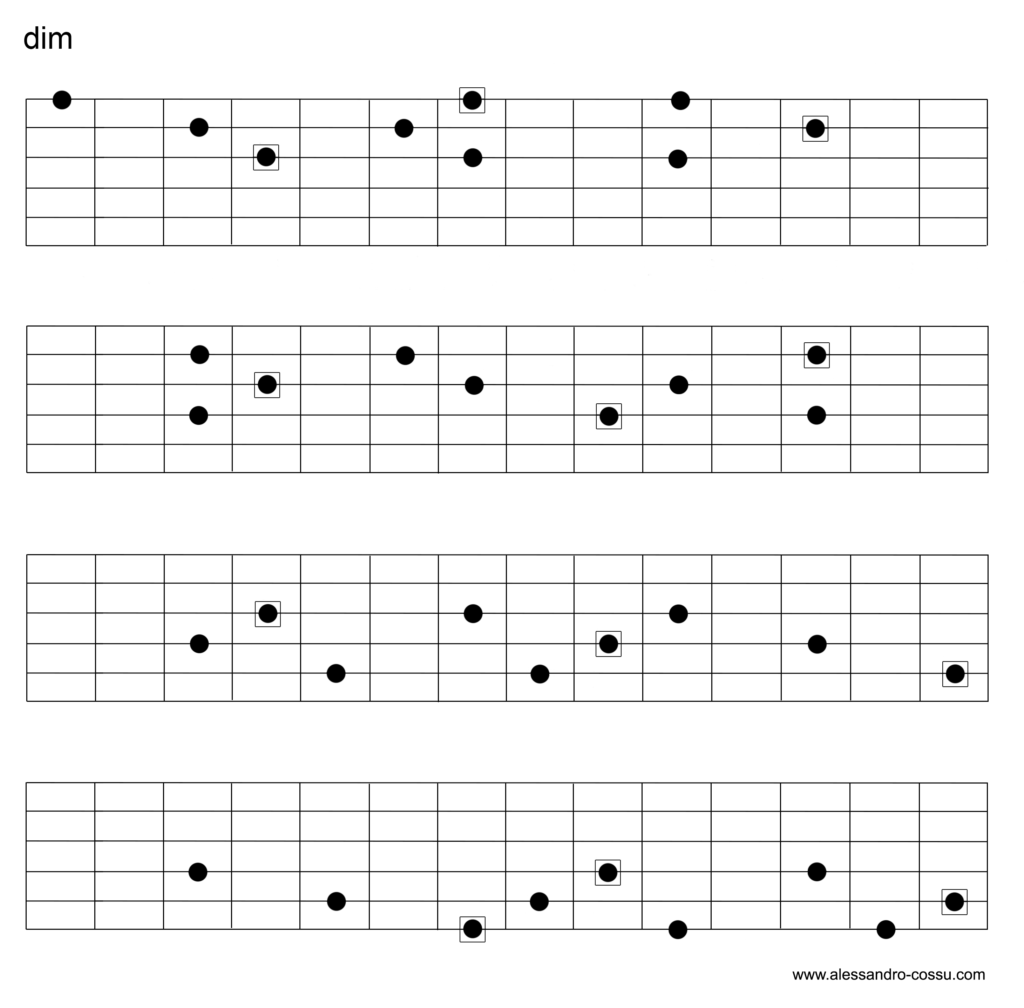 I choose to leave the Augmented triad last because of its lesser usage in practice compared to the other triads.

It’s a chord that definitely sounds dissonant and we find it in the harmonization of some more “particular” scales such as the whole-tone or the Lydian Augmented (third mode of the harmonic minor) that we are not likely to find on pop or rock tunes.

Now look at the image below, do you find anything particular? 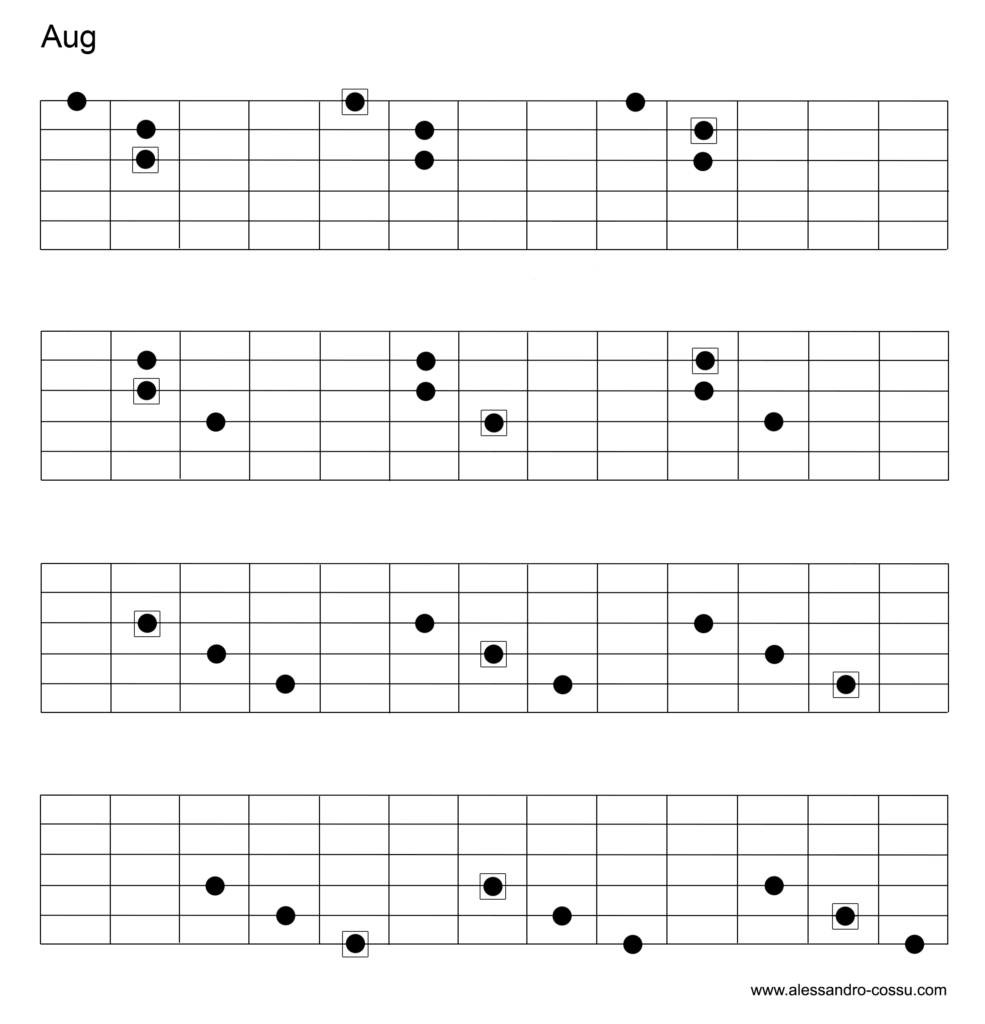