After talking about Dominant chords and 9 chords, let’s see how we can spice things up a little bit by using altered ninth arpeggios.

If we deal with Dominant chords, basic alterations are those of the 5th and 9th.

Since the Dominant chord is built on the V degree of the Major scale and the relative mode is Mixolydian, we consider the “natural” 9th to be Major, because on Mixolydian that’s what you get. This means that the 9th can be altered upward or downward becoming either minor or augmented.

The most “obvious” place where we find the Dominant chord with flatted 9th is the V degree of the harmonic minor scale.

As you see, G harmonic minor scale has an Eb in it, which is the b9 of the Dominant root D.

Here’s how we can play the arpeggio on the guitar, with a two-notes-per-string fashion that makes it look sort of like a pentatonic shape: 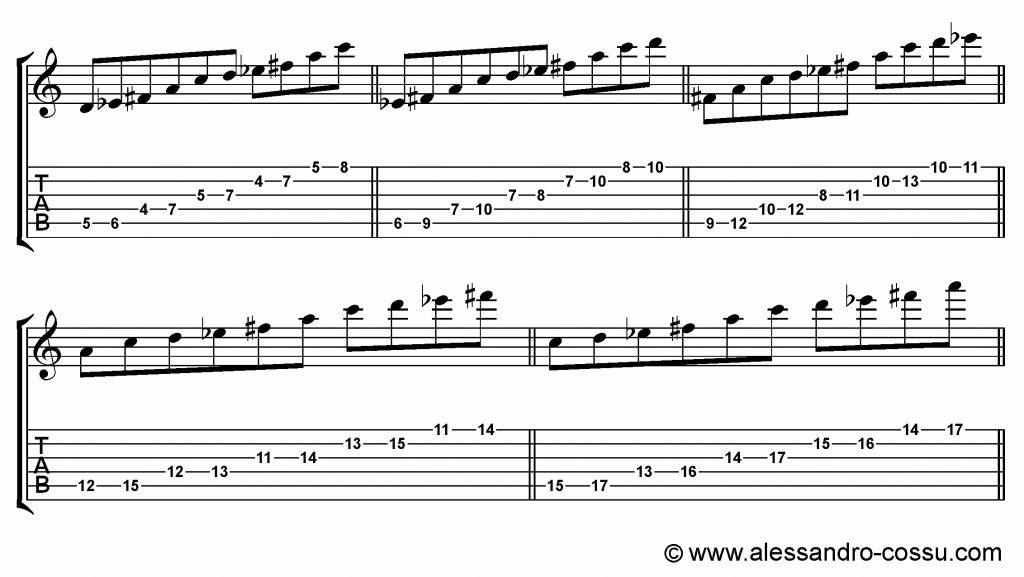 If you’re an Hendrix fan (or if you dig rock blues in general) you’ve hear the 7(#9) chord many times. It is often used on the last V chord of the blues progression to kick in the next chorus.

To find this chord in the harmonization of a scale we need to get in the realm of octatonic scales.

If we unfold it as an arpeggio we get: 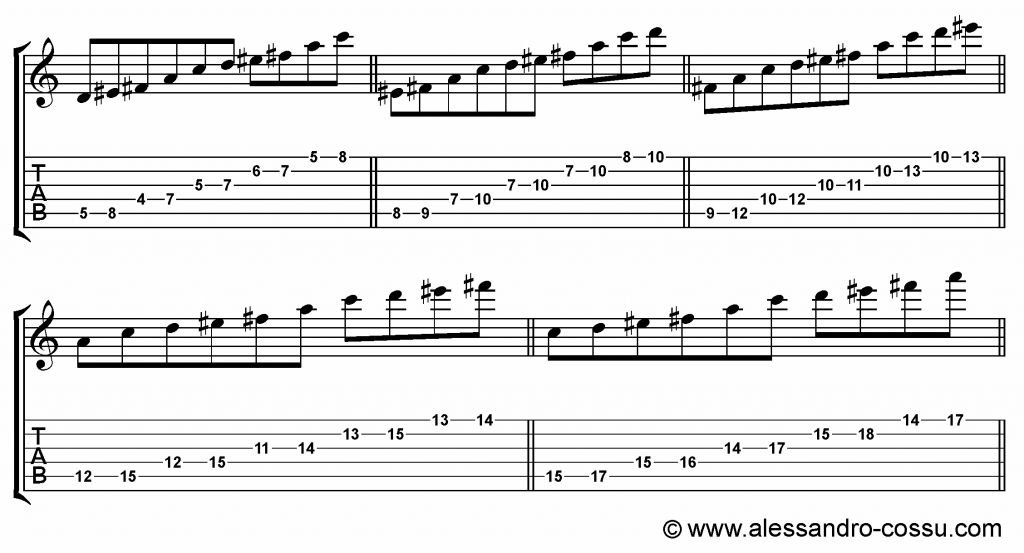