If last time I was talking about Dominant chords with an altered 9th, now I’m going to deal with the alteration of the 5th.

The 7(b5) chord is basically a symmetrical chord. Olivier Messiaen would define it a chord with limited transposition: the 7(b5) is enharmonically equal to its tritone transposition. For instance:

We find this chord in the harmonization of both the diminished and whole-tone scales, but it can also be built on the IV degree of the melodic minor.

If we add two of these chords a 3rd apart we end up with a complete diminished scale. In the same way, two 7(b5) chords a tone apart give us the six notes of a whole-tone scale.

On the guitar we can play the 7(b5) chord like this: 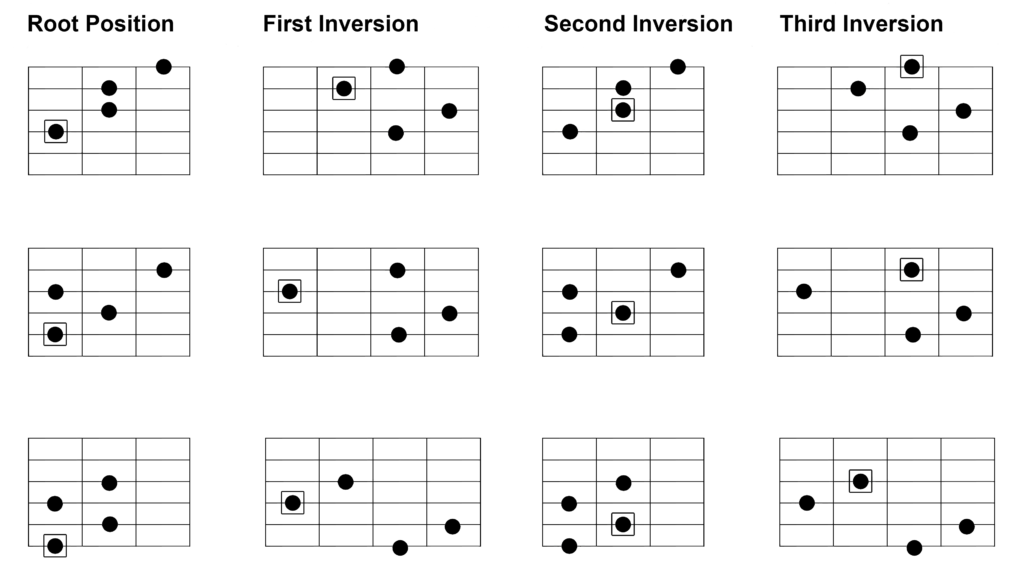 The harmonization of the whole-tone scale and the melodic minor also gives us the 7(#5) chord, while there is no such chord in the diminished scale.

On the melodic minor scale we find it on the V and VII degrees.

Even if it’s not a symmetrical chord as the 7(b5), the augmented triad on which it is built is.

Let’s now make an experiment with the 7(#5) chord.

Imagine being in D melodic minor: D-E-F-G-A-B-C#. If we consider the augmented triad, each one of its notes could be considered as the fundamental tone. Just like we talked about A7(#5) and C#7(#5), both containing the triad A-C#-F, we can consider F as fundamental and build an F7(#5).

This chord (F-A-C#-Eb) introduces the note Eb, shifting the sound towards the whole-tone scale: