In another lesson I’ve introduced suspended chords in the context of the major scale. Now let’s see how these chords can be played on the guitar.

In the image below I’ve taken the sus2 chord in its basic form 1-2-5, considering it on every three-strings set and I’ve labeled it Root Position; I’ve then considered its inversions, just like I’d have done with a normal triad. 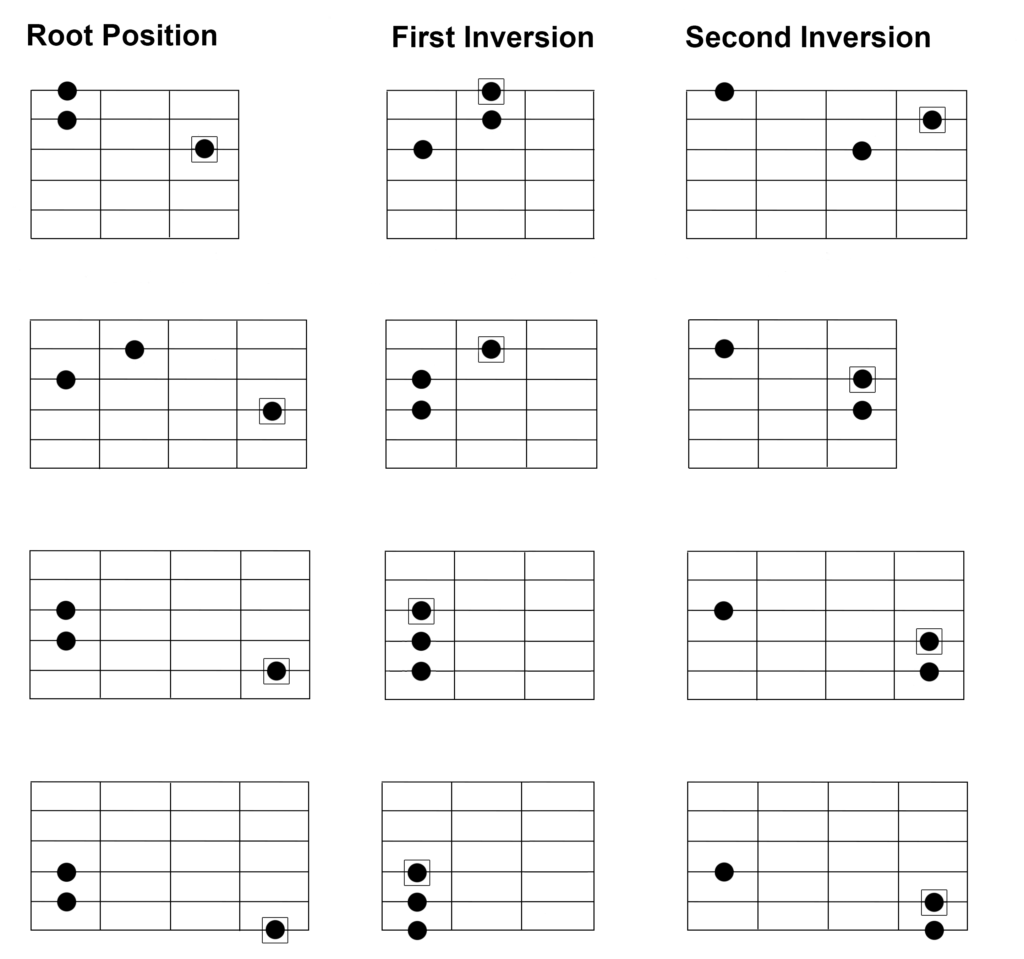 The same for the sus4 chord. 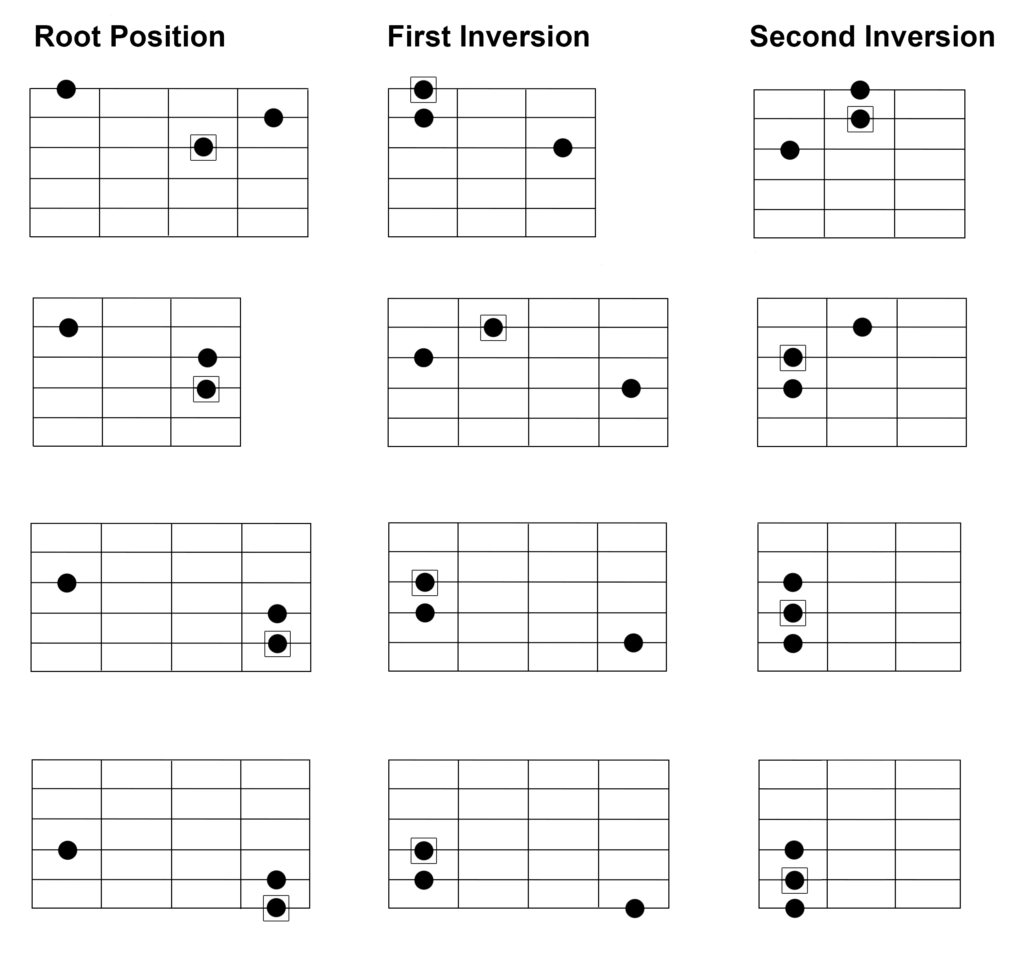 These are not CAGED shapes, but the chord is shown in its simplest form, without repetitions.

Using the CAGED system we have: 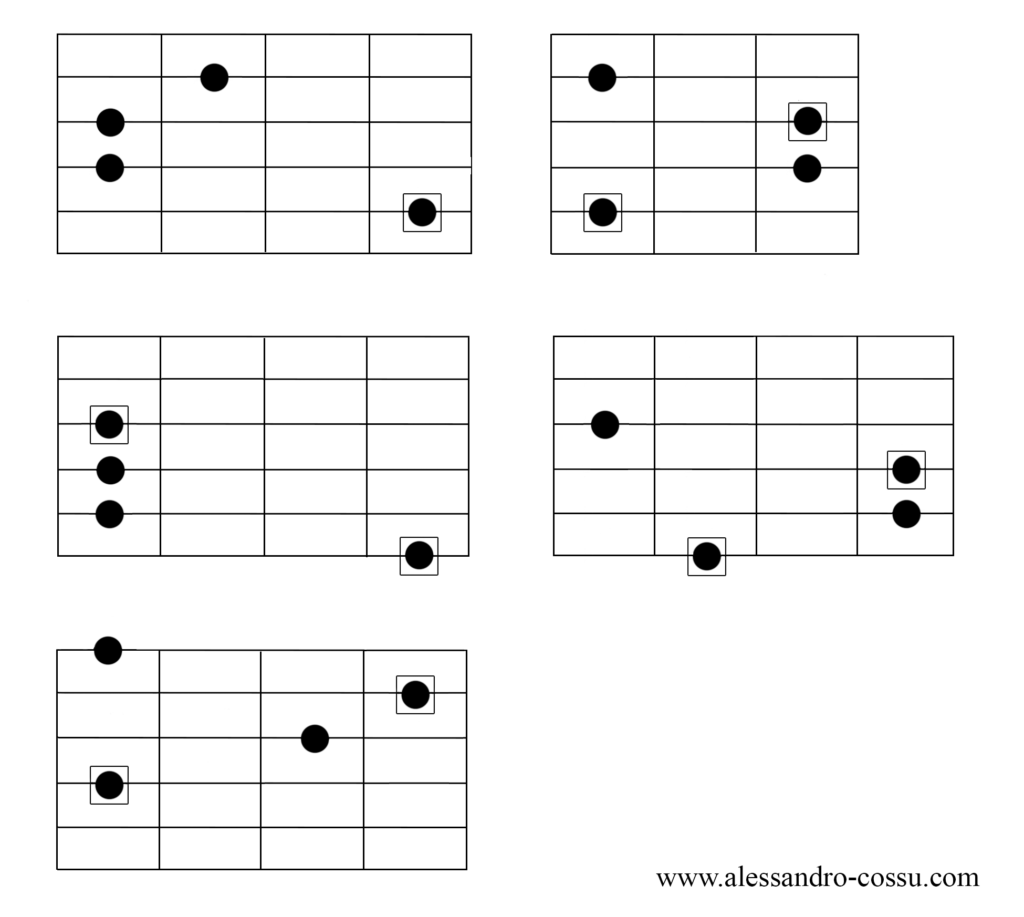 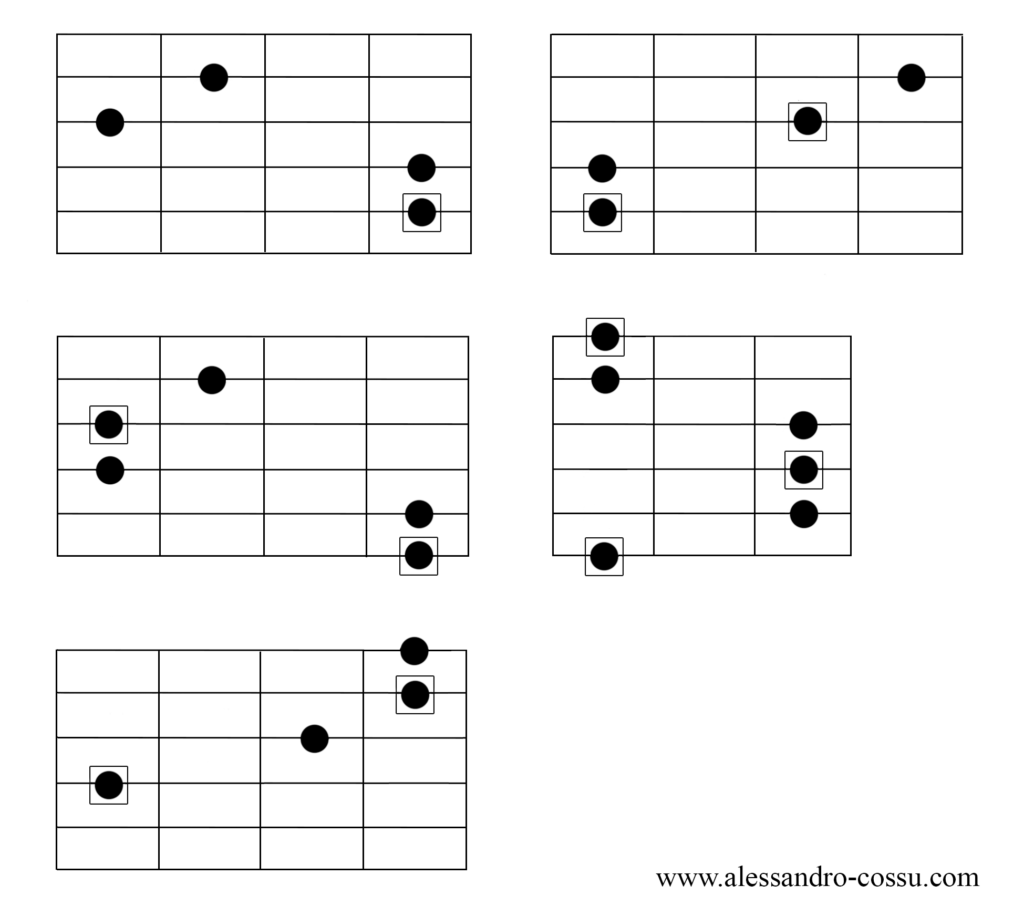 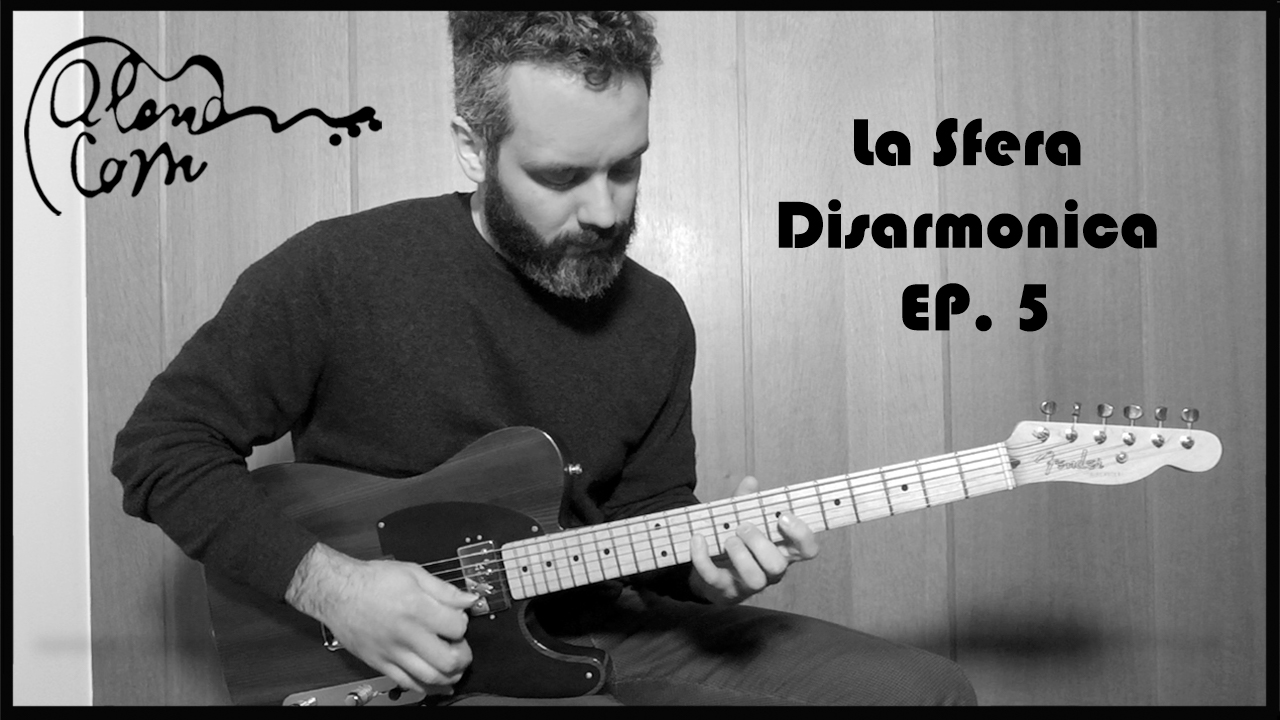