Even though a listener’s musical ear could feel satisfied with just the major and minor scale… we want more, right?

Some musicians and composers have always been trying to stretch the boundaries of harmony and therefore music theory. That sometimes brought the conceptualization of new scales.

Sometimes these scales are introduced as an analytical tool, used to explain what’s going on in a piece of music, even if the composer wasn’t thinking of that scale in particular, which came out as the natural outcome of his creativity and ear.

This is the case of the Harmonic Major scale.

First of all, how the Harmonic Major is built?

Even if this scale doesn’t find the same space as other scales, there still is a certain amount of writings that certify its existence (at least from a theoretical level).

It is basically a major scale with the lowered 6th.

This introduces an interval of three semitones between the 6th and 7th scale degree, which is typical of the harmonic minor. From here cames its name. 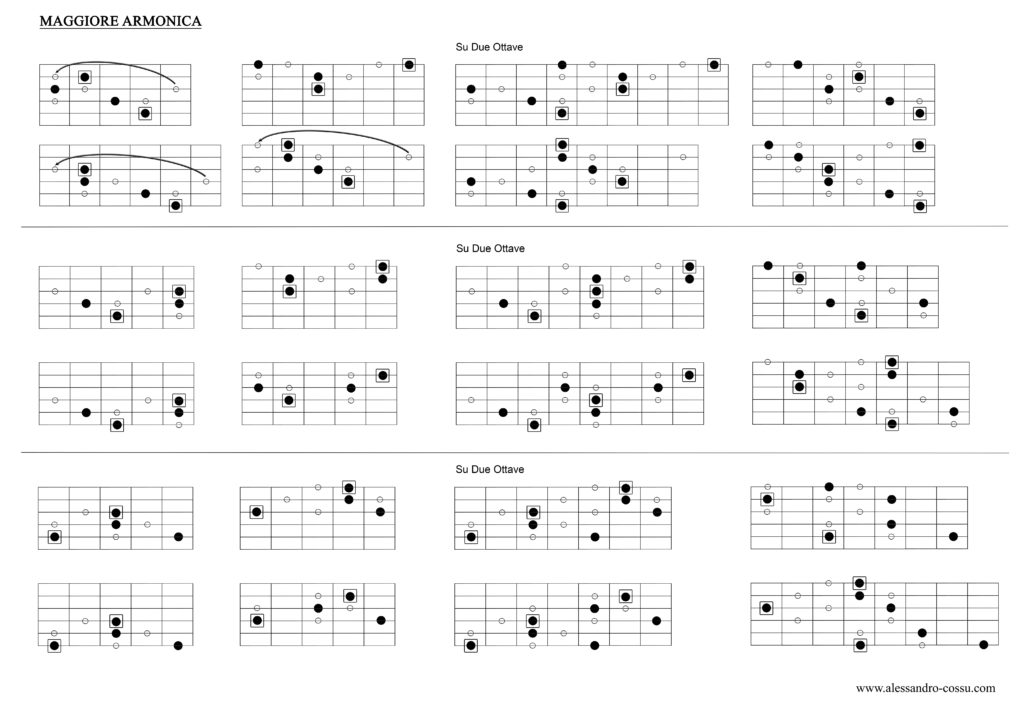 The seven notes of the scale gives this harmonization in triads and seventh chords:

Before further talking, I’d like to make a point: always remember not to think of theory as dogmatic and immutable; theory and practice should always proceed together, just like theory comes from practical experiences, practice can receive great creative impulses from theory.

Talking about this scale brings me to mind Heinrich Schenker and how he talked about mixing the major and minor scale, basically what today we call modal interchange.

The idea is: instead of seeing the major and minor scales as distinct one from the other, we can consider a major/minor tonality, based on the same tonic, where the “major” and “minor” notes are on the same level.

Heinrich Schenker talks about this on his Harmonielehre (1906), after Moritz Hauptmann had done in his 1853 Die Natur der Harmonik und Metrik.

In a jazz context, I found some interesting articles about this scale written by Mick Goodrick.

As we saw while dealing with the Major and minor scales, talking about tonal harmony means to consider the three main functions of Tonic, Subdominant and Dominant.

In the Harmonic Major scale we have I, IVm and V.

Harmonically, this scale is characterized by the minor triad on the IV degree.

The use of the minor Subdominant is widely used in practice even before anyone thought about harmonic Major. 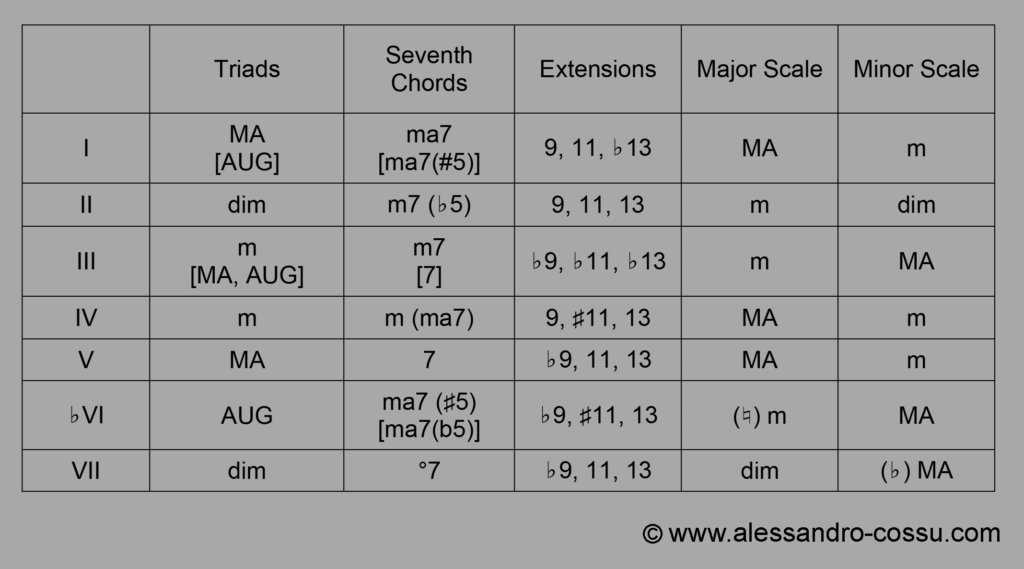